EN / RU
Nord Stream Race 2021
Realising the basic principle of 'Connecting Baltics through Sports', each stopover includes a busy schedule of meetings and events for business people and sports fans. The inshore races courses will be set in iconic places so that fans and guests can follow the action from the shore.

Only the best teams from the National sailing leagues of Germany, Denmark, Sweden, Finland and Russia qualify for the Nord Stream Race.

Every stopover the biggest yacht clubs of the country host the participating teams.

Gazprom is a general partner of the Nord Stream Race along with Nord Stream AG as a partner. Clothing partner – Marinepool. Technical support for the regatta - SAP and SailTracks. Fleet support and maintenance – Nautor's Swan. The Nord Stream Race is organised by St. Petersburg Yacht Club.
Route 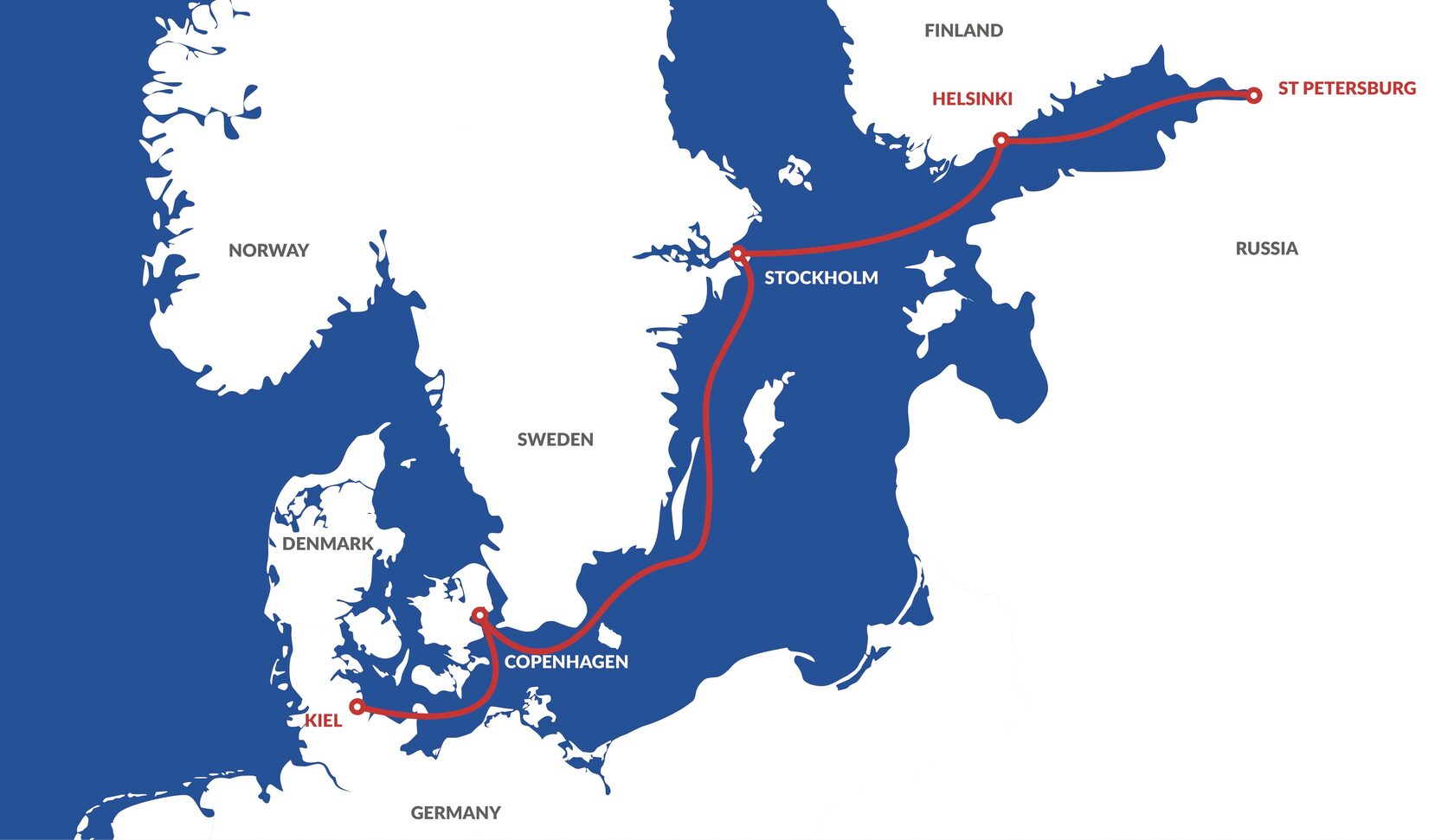 Hosting Clubs
Kiel
Copenhagen
Stockholm
Helsinki
St. Petersburg
HOSTING EVENT IN GERMANY
Kieler Woche
For the third time, Nord Stream Race is integrated into Kieler Woche (Kiel Week) – the biggest sailing event in the world and the largest summer festival in northern Europe for more than 100 years. A nine-day programme is packed with over 2,000 events to entertain three million guests from all over the world.
HOSTING CLUB IN DENMARK
Kongelig Dansk Yachtklub
The Royal Danish Yacht Club was founded on 3 July 1866 and was originally named the Danish Association for Pleasure Sailing. Ever since then, the Club has worked to promote sailing in Denmark and to support its members in their favourite sport. The Club rapidly increased its number of memberships; today KDY has about 2,200 members of which many live in the provinces or abroad.
HOSTING CLUB IN SWEDEN
Kungliga Svenska Segelsällskapet
The Royal Swedish Yacht Club (KSSS) was founded in 1830. KSSS is Sweden's largest and the world's second largest sailing club with over 5,000 members, including over 2,000 juniors. The club's activities include training, sailing camps, competition, squadron sailing, club activities, a marina and guest harbours. Among the sporting achievements you find 15 Olympic medals and victories in most major national and international sailing competitions over the years.
HOSTING CLUB IN FINLAND
Helsingfors Segelklubb
Helsingfors Segelklubb was founded in 1899 and had just about 21 boats and 100 members. Today the club is with 1600 members and 600 registered boats, one of Finland's largest and most successful sailing clubs. The Club is located centrally on the west side of Helsinki in Lauttasaari, with a excellent services and traffic connections nearby.
HOSTING CLUB IN RUSSIA
St. Petersburg Yacht Club
The regional public sport organisation Saint Petersburg Yacht Club was established in 2007. The yacht club's philosophy is based not only on necessity to preserve, but also on a commitment to transfer to future generations the Russian nautical cultural heritage, along with Russian and world maritime history.