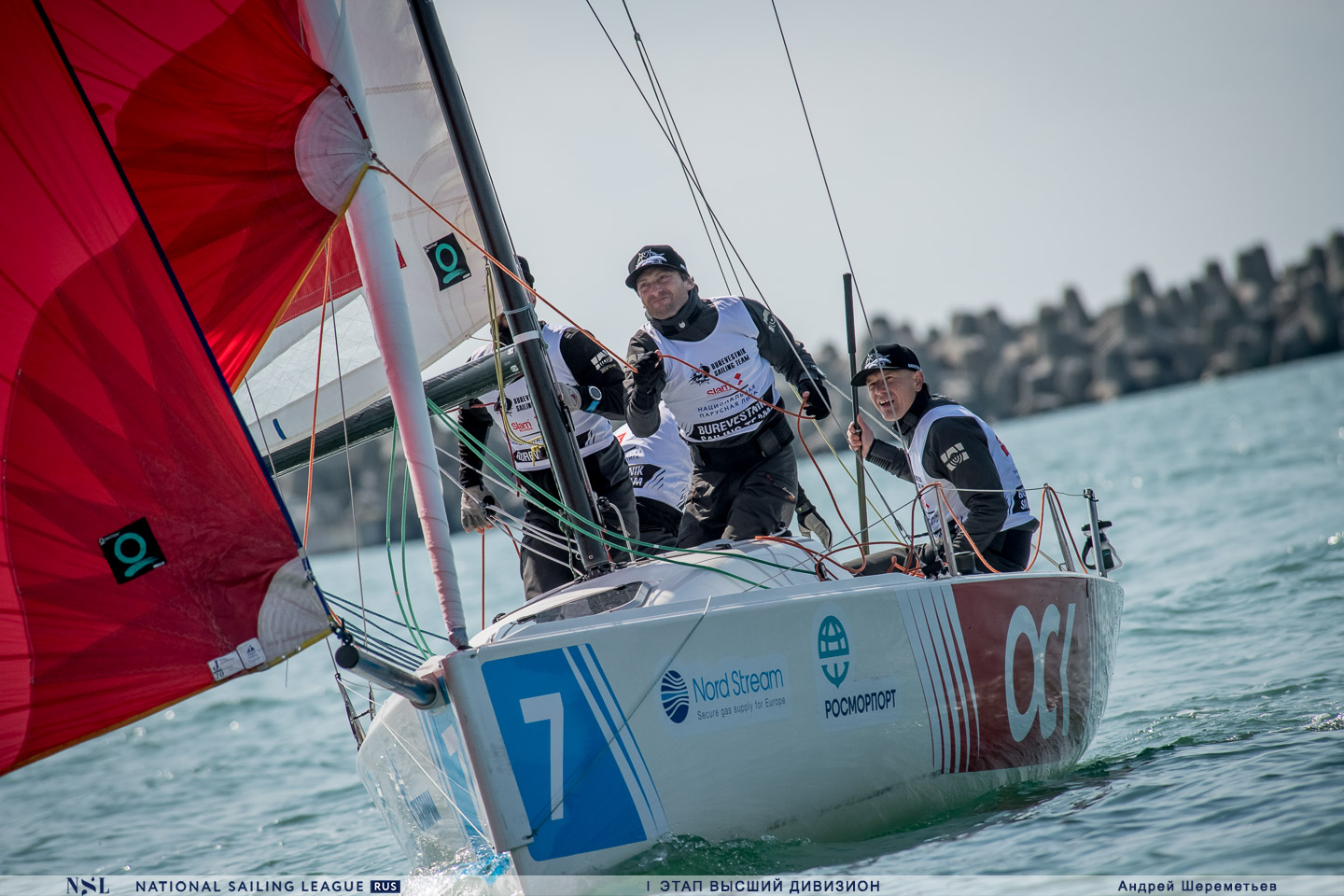 Leviathan Sailing Team at Russian season opener Copyright: Russian Sailing League
A Chechen team with a wildcard stole the spotlight from the local clubs at the start of this weekend. Team Achmat won three of the 30 races and won the 1st matchday. "I think the key to success was our composure and self-confidence even under the worst conditions," said Alexander Bozhko, helmsman of Achmat.