EN / RU
Longest Offshore Regatta in the Baltic Sea starts in September – Along With 100,000 Digital Sailors 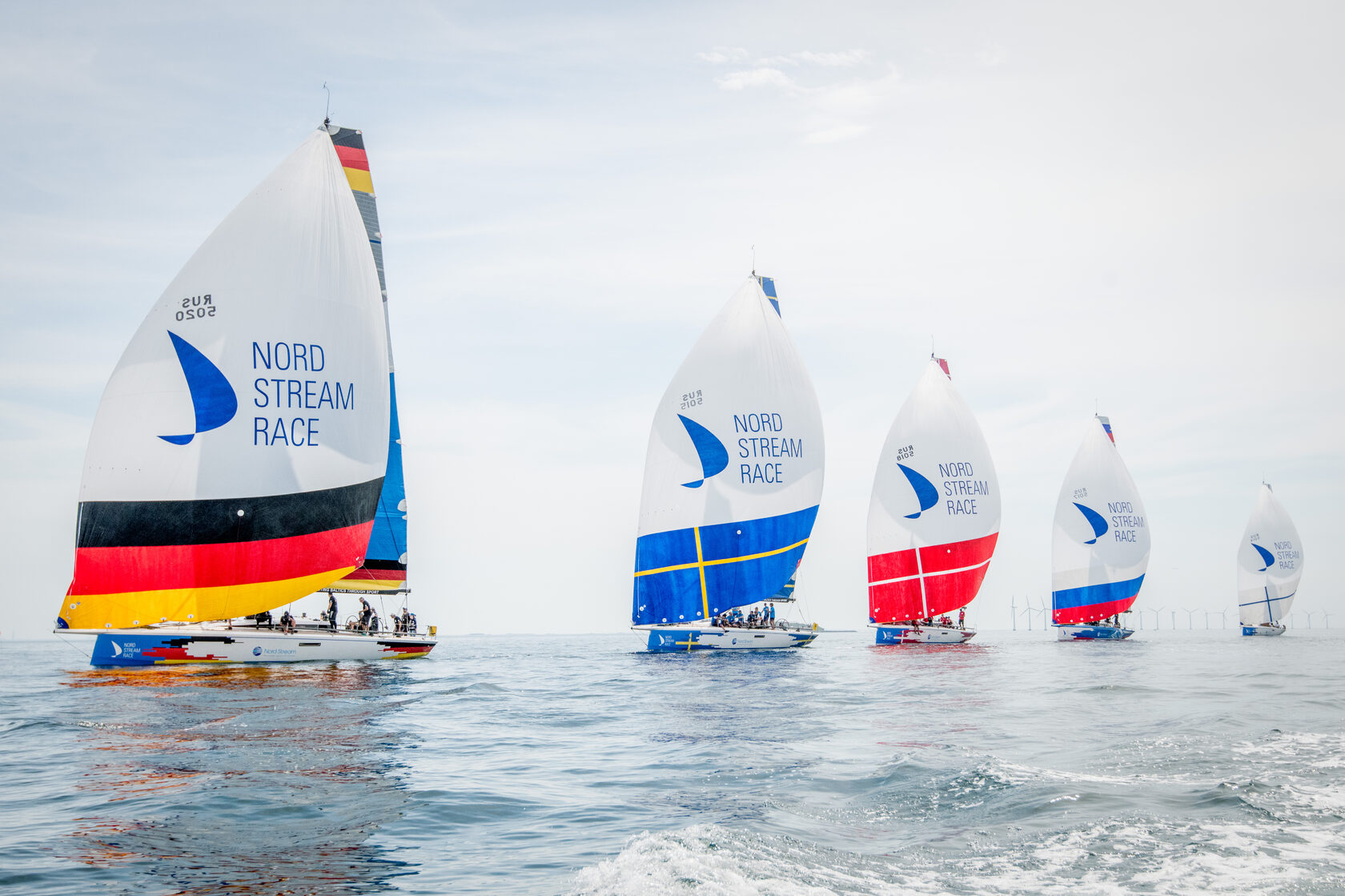 © NSR / Andrey Sheremetev
On 6th September, the legendary Nord Stream Race will start once again in Kiel, taking the five national teams via Copenhagen, Stockholm and Helsinki to Russia, where they are expected to arrive on 17th September. The sailing teams each represent the best national sailing clubs from Germany, Denmark, Sweden, Finland and Russia and compete for the title "Best Yacht Club in the Baltic Sea". For the first time, more than 100,000 e-sailors are expected to compete at the same time in the “NSR eTrophy” being the highlight of this year’s NSR eSeries. The e-sailors will navigate virtually the same challenging route as the sailors in the Baltic.


For the ninth edition of the Nord Stream Race (NSR), the five best national sailing clubs are competing in the 1,000 nautical miles offshore sailing race, the longest offshore race in the Baltic Sea: Verein Seglerhaus am Wannsee from Germany, Aarhus Sejlklub from Denmark, Kungliga Svenska Segelsällskapet from Sweden, Esbo Segelförening from Finland and Akhmat Sailing Team from Russia. The participating clubs have qualified for the NSR through the National Sailing Leagues in their country.

Before the start of the Nord Stream Race, the fleet will spend two days at Kiel Week and take part in the Welcome Race. After several short inshore races in the Bay of Kiel, the official starting signal will be fired in front of the Kiel Yacht Club on 6th September. The first offshore leg of the 14-day regatta organised by the St. Petersburg Yacht Club will take the fleet on 150 nautical mile overnight sprint to Copenhagen.

The sailors of the five clubs will race to Russia in 15-metre ClubSwan 50 racing yachts, facing enormous nautical and challenging weather conditions in the Baltic Sea. The sailors are very much looking forward to the Nord Stream Race with eager expectations. Jakob Rohner is part of the German Verein Seglerhaus am Wannsee from Berlin. “We weren’t able to compete in this magnificent race last year due to Covid, so we are really excited finally to be racing in this challenging offshore regatta. It’s the first time our club will take part in the Nord Stream Race, so we have gone for a good mixture of experienced offshore sailors and young sailors. We have immense respect for the challenges we will face along the way, and can’t wait to get onboard“, said the 23-year old.

First "NSR eTrophy" as virtual race from Kiel to St. Petersburg
At the same time as the Nord Stream Race, the "NSR eTrophy" will take place as a virtual non-stop race from Kiel to St. Petersburg. The “NSReTrophy” constitutes the fourth part of the NSR eSeries which began in March 2021 and has been embraced by e-sailors around the world as the first virtual regatta in the Baltic Sea.
Philippe Metayer from France became the overall winner of the first three NSR e-races. In the closely-fought races, the talented Frenchman was finally able to prevail against more than 260,000 participants from more than 100 nations. As the winner Philippe has earned a place onboard one of the boats during the “real” Nord Stream Race and will join the first offshore leg to Copenhagen. For the “NSR eTrophy”, more than 100,000 e-sailors are expected to join this two-week virtual regatta, being literally connected through sport.

Click here to watch the teaser video for NSR 2021!