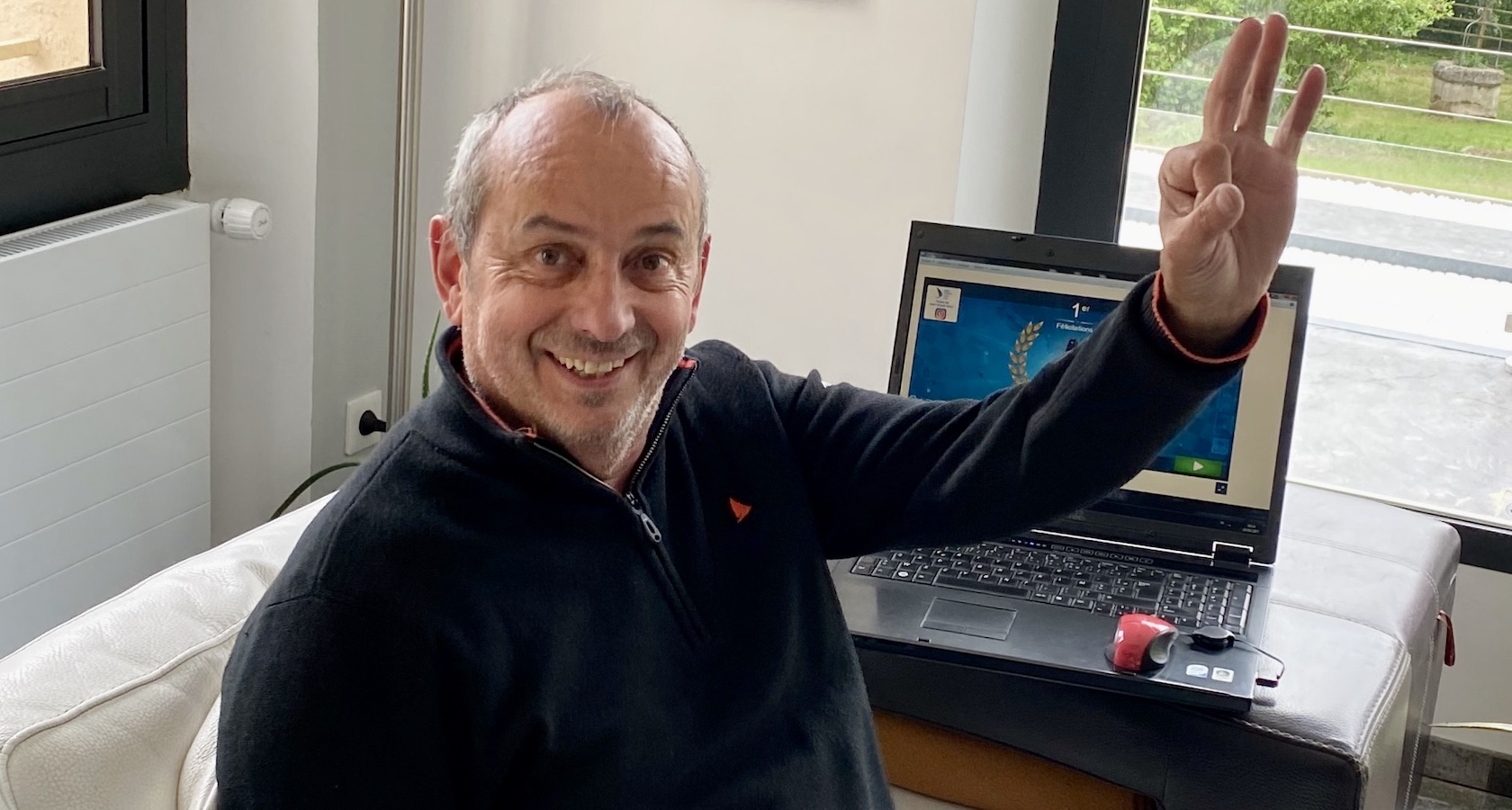 Frenchman Philippe Metayer won Race 3 of the NSR eSeries and is also the overall winner of the premiere of the NSR eSeries. The 61-year-old from Cholet in West France began competing on "Virtual Regatta" in 2008 and restarted playing for the last Vendée Globe in 2020.

Over 60,000 e-sailors participated in the third and final virtual race in the Baltic Sea from Stockholm to St. Petersburg. Metayer secured 2,000 euros in prize money and a place on board during the Nord Stream Race, scheduled to take place in September 2021.


After crossing the finish line, Philippe Metayer answered some questions:

Since when are you active in e-sailing? Only offshore or only inshore? And what do you like about e-sailing?
I began sailing on Virtual Regatta for the Vendée Globe 2008, stopped for about four years after some good results and restarted for the last Vendée Globe.
What I like about this game is reflection. Each new weather forecast is like dealing with a new chessboard for six hours and waiting for the next to come. It’s a very exciting game.

Are you a sailor? If yes, which boat classes?
I practiced real sailing once in a while, only in cruising sailing school.

Did you play Race 1 and 2 of the NSR eSeries? If yes, in which places did you finish?
The first race: I had some bugs at the beginning of Race 1, so I decided to give up and stay aground all night long. Restarted early in the morning on rank 65,000 and finished in 1,528 place.
I thought, I could win Race 2 but I made a big mistake in the last morning and my friend JJ (Jean-Jacques Neven, winner of Race 2) beat me and won the race. Finished in second place.

How was your tactic for the race?
For this last race, I wanted to win… and it was very hard. My opponents were really good, and not only the players of the "TPN group". I had planned to attack throughout the race but after waypoint 2, I had a small advantage and was a little safer during the night slalom within the islands. To win, you must cut the finish line :D

Why did you compete in the NSR eSeries?
I started this race because I appreciate technical courses and I was sure to find it with all the islands and the changing winds. Everything was there!

What is the TPN team? Why are you so good? Are you practicing regularly?
Some want to know why TPN players are so good. The answer is in the name of the group: TPN means “Trois Petits Neurones”, three small neurons. It’s one of the selection criteria to enter the TPN Family but the most important thing is having a strong sense of humor and friendliness. It’s a team with formidable human values.

Why are the French unbeatable in offshore e-sailing, even in the Baltic Sea? Any secrets? ;-)
It’s a secret but it will remain a secret :-)

Anything else you want to say?
Congratulations to all my opponents and special thanks to Hervé (TPN Coach) who was been watching over us for years.

Congratulations to Philippe Metayer for this great result! 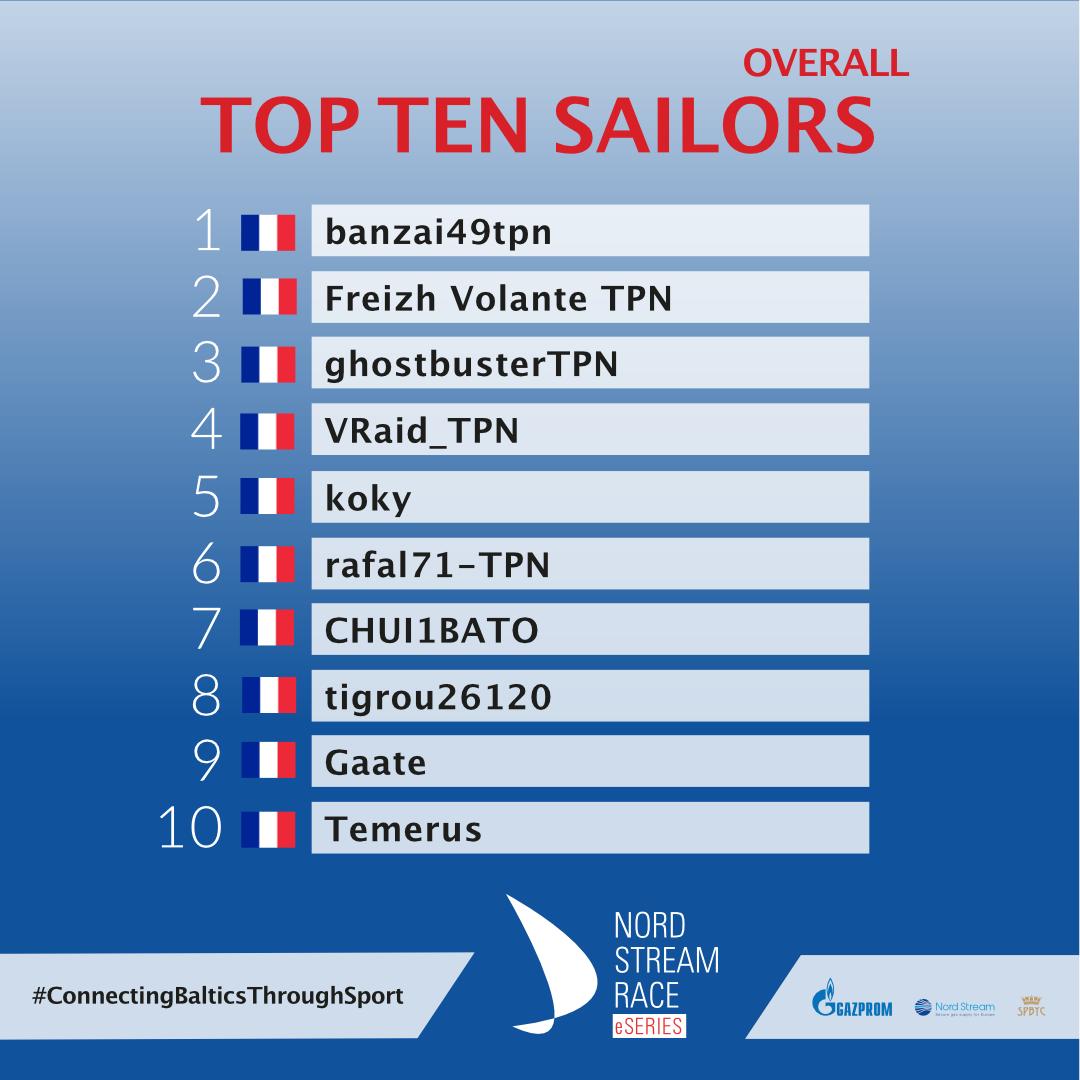